Showing posts from August, 2010
Show all 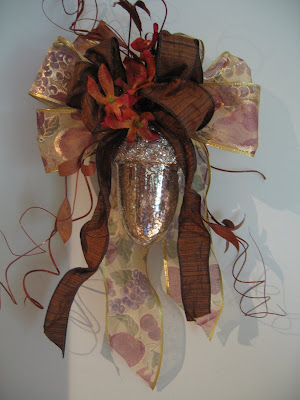 I found some really nice mercury glass - looking acorns and have been using them in small arrangements for a fall sale.
I am a little late, but am joing in wth Mary's mosaic Monday. There is always lots to see over there!
9 comments
Read more 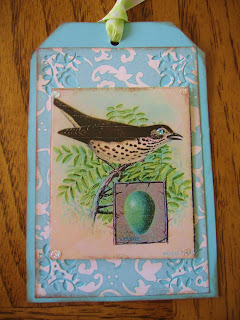 It's time to think about replenishing my stash of tags, so while on vacation, I enjoyed making a few Thanksgiving and fall tags, as well as some for all seasons. There is something very relaxing about fiddling with paper and glue and scissors.
There are some very generous folks, such as The Graphics Fairy, who allow their graphics to be used for personal use, and I thank them.
2 comments
Read more 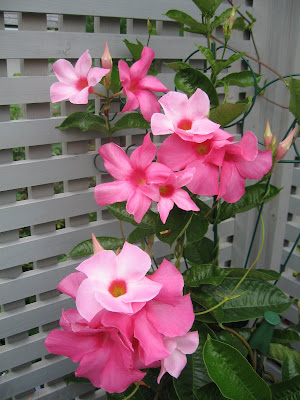 It's that time of the week again, when we all scoot over to Tootsie'sblog to show off our blooms. Here in our little garden, the lilies are almost done, and dahlias are coming soon. Here is what is in bloom right now:
Mandevilla vine
A seedling lily "Limelight" hydrangea
Cobea (Cup and Saucer vine)
A grouping of pots on the deck
A promise of lots of tomatoes
...and, one more shot of "Endless Summer" hydrangea
Now, enjoy the rest of the Friday Flowers! 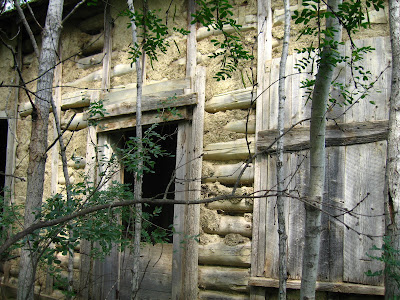 Last weekend we attended a family reunion in Saskatchewan. While there we took the opportunity to pay a visit to our farm. We don't get out here too often as it is a 6 hour drive, and my brother looks after managing the rental of the farm. My two brothers and I own it.
The road to the farm from the main road has now become just a packed mud trail, and since it hadn't rained, we were okay for the drive. We were quite surprised to see how much the trees had grown up around the buildings.
My parents had this log home built when they were married in 1937, at a grand cost of $25 for labor. The logs were free. To chink the walls, a mixture of clay, horsehair, and some other ingredient which I can't recall,possibly lime, were mixed together and the space between the logs were filled and the exterior smoothed so the walls appeared flat.
The house was occupied in two periods, for a total of about 6 years, ending in 1949.
Of course, the outside plastering has now worn off  but su…
3 comments
Read more
More posts